Always wanted one of these. When I was a kid my Dad use to take us to Firth Park boating pond in Sheffield to sail his Aerokits Sea Commander with his homebrew carrier-wave valve radio. We never had any success in controlling the boat, the radio worked fine on land but never on water. At the pond we frequently met a bloke with a sailing yacht controlled by this space-age looking radio - beautifully controlled and perfectly reliable. As a kid I was so envious! Since then I've always hankered after a set just like his, and here we are at last 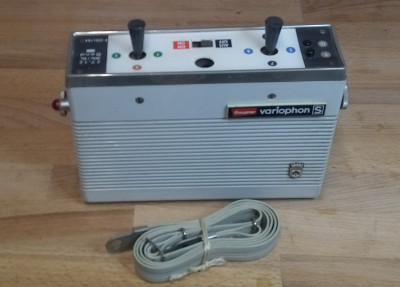 Its just a transmitter and appears not to work so this one will have a Reeduino fitted and will be liberated from its shelf for a new life down at the field (once we're allowed down the field again!)

Its a 10 channel set with aileron, elevator, rudder & throttle on the sticks (8 channels) plus a pair of buttons for channels 9 & 10. I'll use one button for trim (Tiny-6 style) and the other one for the S/C escapement emulation.

I've also acquired a boxed RCS Guidance System in very nice condition, with its original RCS superhet receiver. I'd not realised how huge the RCS receiver is, about 3" x 2" and an inch deep. Massive by any standards! This one will remain standard as I'm already flying an identical 2.4g Guidance System. When I've a mo I'll see if it still works and fettle it back to life if not:

Sorry, I didn't know you were after a Variophon, I have a spare one that is loaned to BMFA Buckminster.

It'll be great when you've converted your Variophon S, you can then join Pete Christy and me flying them, they certainly make people look twice when you turn up at the field with one! If yours is the same as mine (and I think Pete's), you'll need to clean all the switch contacts, which are a bugger to get at, but it is worth it in the end. I started out with mode 2 and I removed the "cross-shaped gate" that stops you selecting aileron and elevator at the same time, but in the end, I went back to the intended mode 1, ailerons on the right and elevator on the left and just practised heaps on the simulator (and had you buddy box me at Ponty). 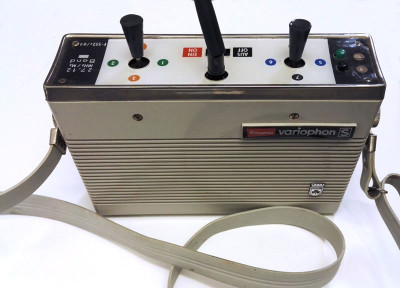 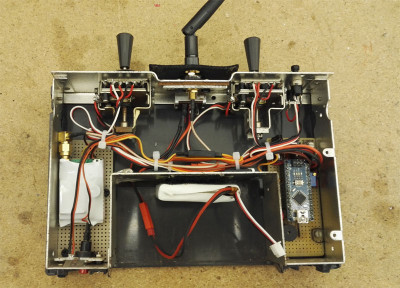 The RCS Guidance MK2 superhet Rx was quite large, but the MK2 super-regen nd the MK3 Rx were quite small, they did improve over time. I don't have an MK1 Rx to see how big they were, but they look enormous in the adverts. 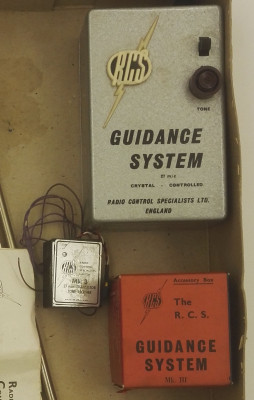 Hopefully, we'll get some fly-in's sometime later this year to see the Variophon.

Congratulations to the Variophon transmitter Phil.
I still remember very well, when I had my original set at age 14 to 16. I used it in my first modells, Graupner Amateur and Amigo 2 and several boats.
Of course I have a converted one (35MHz, 12c reeds encoder) and use it regularly since several years to fly Consul, Amateur, Amigo 1+2, Taurus, Floride etc.
Because the original transistor radio, the case came from, is very rare to see, I attached a picture of it again. 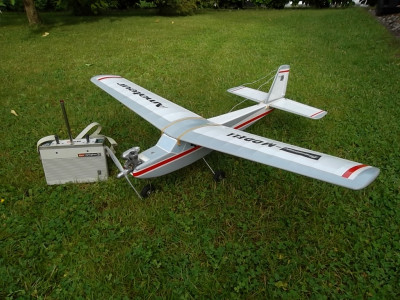 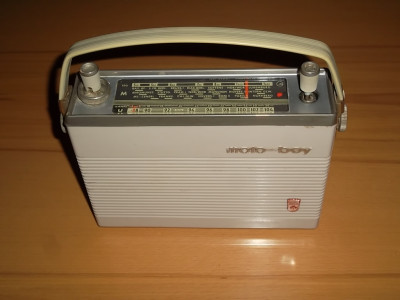 Thanks Frank, Mike, I quite like the idea of an Amigo, that would be a really nice combination

At first I had assumed the aerial was missing.
Then I thought, "whats this red knob on the left hand side?"
Surprise! I never realised they had hidden aerial storage

And also it has a hidden switch in the aerial socket.
If the aerial is not connected, the transmitter will not work.
Top