When it just won't go right!

When it just won't go right!

Is it just me? or does anyone else every once in a while get one of those models where just nothing goes right during the build?
Perhaps the sides just won't match up? or no matter how much you measure it you can't help thinking it looks banana shaped? Or your carefully applied tissue looks like a bin bag in a hedge? It may be a model you've built several of before, but this time, the damn thing is just not having it? Can balsa be cursed?

Of course balsa can be cursed. I have cursed it on many occasions myself. I believe that cursed balsa can lead to "Balsa Bashing". But no need for that yet.....

I started on Gee Bee R1 from a plan done by a very well known Gee Bee enthusiast about a year prior to a full size replica being displayed at Oshkosh in its not quite finished state.
After seeing the full size I was invigorated and returned with great enthusiasm working on the model. I very carefully made up the large fuselage formers with their many stringer notches with immense tunnel vision only to find that although perfectly matching the former drawings on the plan I found that when assembling them on the fuse NONE of the stringers would align with the next former. It was a tremendous vocabulary expanding experience! Hence the cursed balsa.
The good news is that it IS balsa, a few hundred pieces of wood to fill in the notches, make up a sanding tool to cut in a million new aligned notches and it was a good as new.

I am sure you can fix your balsa bits.

My Gee Bee model? Well the full size replica was completed and flown for over 1400 hours and has now been retired to a museum, my Gee Bee model still is not finished......

However, I haven't let it beat me yet, bless my stubborn OCD

It isn't over yet. It's still going wrong. Perhaps it's teaching me a lesson that it's not always the building that's the skill, it's the getting around problems.
Top

Built a replacement wing for the Poppet after scrapping the last one. Still not great, but it's getting used regardless. Simple little model and I just seem to keep buggering everything up. What the hell is it with this build?
Perhaps I should be a 'gentleman modeller' and just let other people do the building.
Top

Stew, ALL building materials come with an in-built curse IMHO

I refer you to the attached pic - an OD depron version of a Bucker Jungmeister.
From day one, it has been cursed - it started with my depron CNC machine shutting down half-way through the cut, followed by me - during the build - picking up a tube of balsa cement instead of UHU por (I've no idea where the balsa cement appeared from, I only ever use it to join balsa sheets and I haven't done that for years). I recut the offending dissolved parts - the machine stopped - then started again - creepy. Finally finished the model - the waterslide decals I made wouldn't stick to the depron - even though I had cleaned the surface and have never had an issue with that before. I installed the radio gear, the rx wouldn't bind - to any of my dsmx transmitters - no probs before. Then it just worked fine. Fitted the esc - of course the motor was clockwise, so swapped the phases - only to find the motor still went the same way - so I reversed it with the programming card - but it didn't ???
So I swapped phases again - and it worked - eh? Quick test of everything in the back garden - only to find that the wheels were toed-out and each went their separate ways until the prop hit the grass - Mmm.
Fixed that and off to the site for a first flight - complete bag of nails, wouldn't turn worth a toss - rudder turns 'ok', wanted to dive into the deck at every occasion (yes, cg as per my design). The rx (lemonrx) went haywire (??) and it dived full power literally vertically from around 30 metres - all ok other than a few cracks and a busted cowl. Home to make a new cowl - next week same thing - even though I put in varying loads of differential. Added ailerons to the top wing and coupled them - roll rate phenomenal but wouldn't turn worth a toss. Did the vertical dive thing again.
Gave up and offered it to my pal - who fixed the cracks and was flying it at the weekend sans cowl - I had a go - flies just fine - same everything - except using his tx (mine is the same - NEVER had an issue with it BTW !) - WTF ??? The cowl is obviously cursed.
So, thinking of laser engraving a ouija board for modellers - maybe that'll have an answer

Lovely little model, but good grief, I thought I had problems!
Yours may be gremlins, but I think my issues are just down to me being a very mediocre builder

I'm looking forward to starting the next build. Hopefully it won't be such a pain in the arris.
Top

Had enough today, and stamped on the cursed thing. It's bin fodder. I'll probably break my ankle taking the bin out now...
Top

It's all part of life's rich tapestry ! 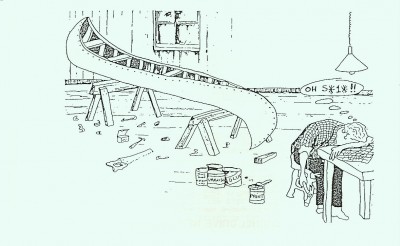 Stamping on it will surely have bought great peace upon you.
Top
Post Reply
11 posts