Going to build a CL model... or two

When reading through this pdf, one sentence caught my special attention: 'It’s now appearing in World-Championship Control-line as well.'
I know, I was there when the first 4 pilots flew under electric power, WCh 2006: 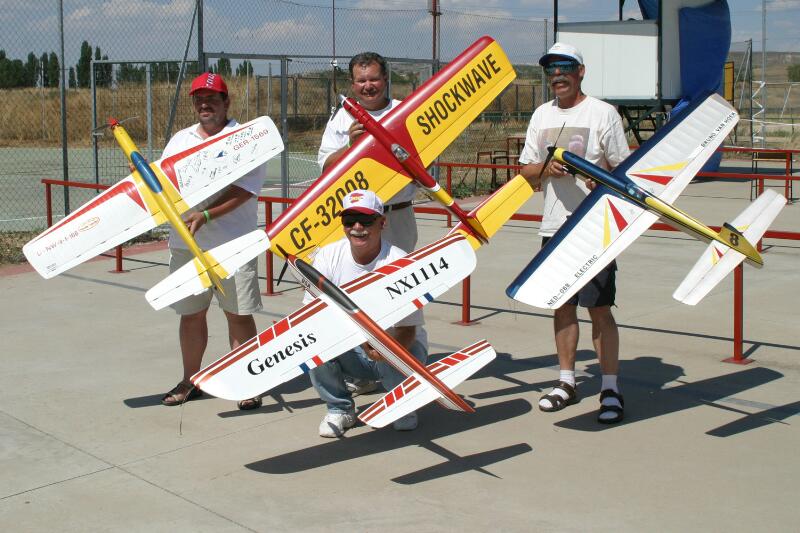 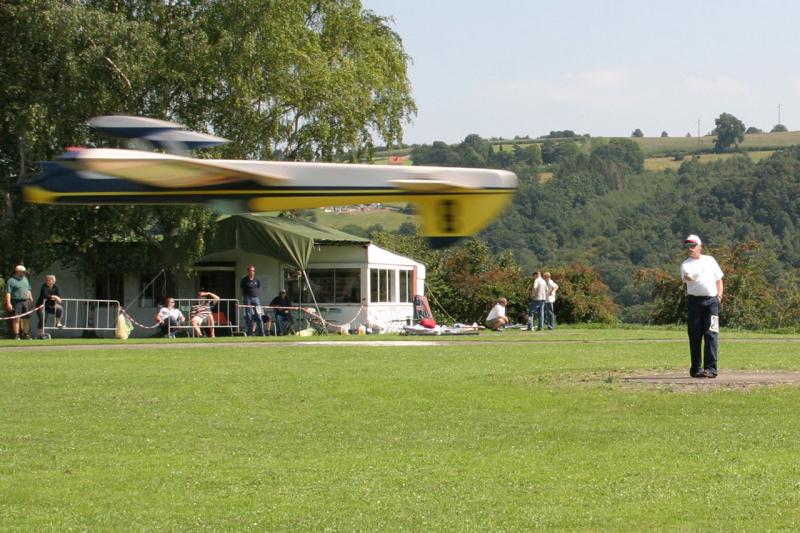 After doing the conversion of your estimate into kilos, I can tell you, you're not far off.
The model in the picture (as well as Bob Hunt's -World Champion 1978- Genesis Extreme) is powered by a AXI 2826-10 on 4S4200mAh, 12.5 x 6 Graupner CAM E prop.
It's the converted Blue Pearl by Henk de Jong (published in AM) and we decided I should fly it that WCh.
Timer was a one off, that enabled me to crank up the power another 5% or so after the horizontal eights.
Still, flying with just governor proved not enough in anything but perfect weather.
In that case it was a formidable stunt weapon, in anything else a handful.

My current model has a Torcman NT350, capable of 800 Watt peak.
Coupled with an APC 13 x 6.5 E/F2B it's really something.
Model weight is 1735 grams
Aiming at 5.25 - 5.35 sec lap times it pulls like a freight train (relatively speaking, for such a relative small model).
I flew it in contest in Germany last weekend and in spite of the sometimes lively breeze it remained very controllable. 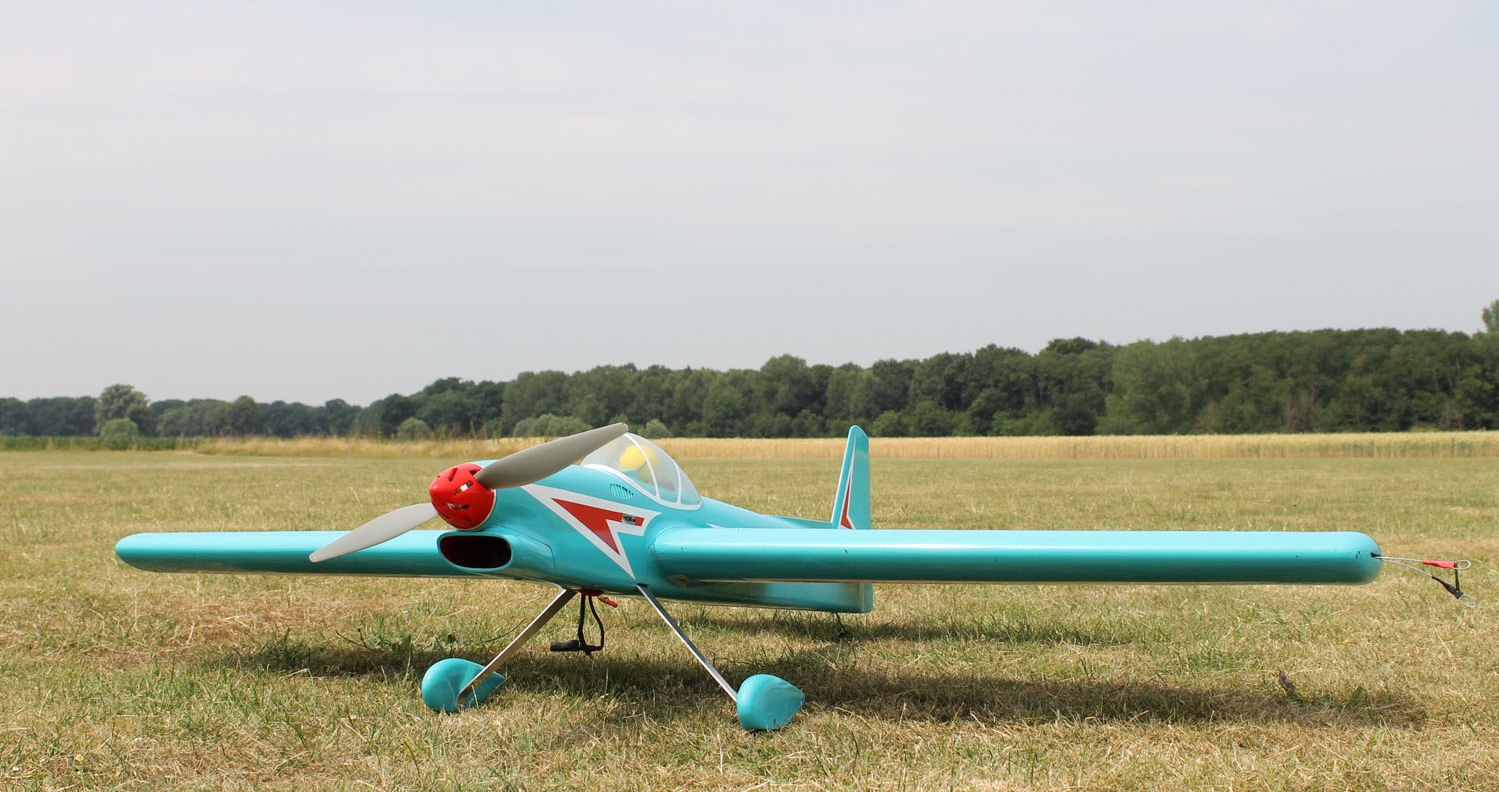 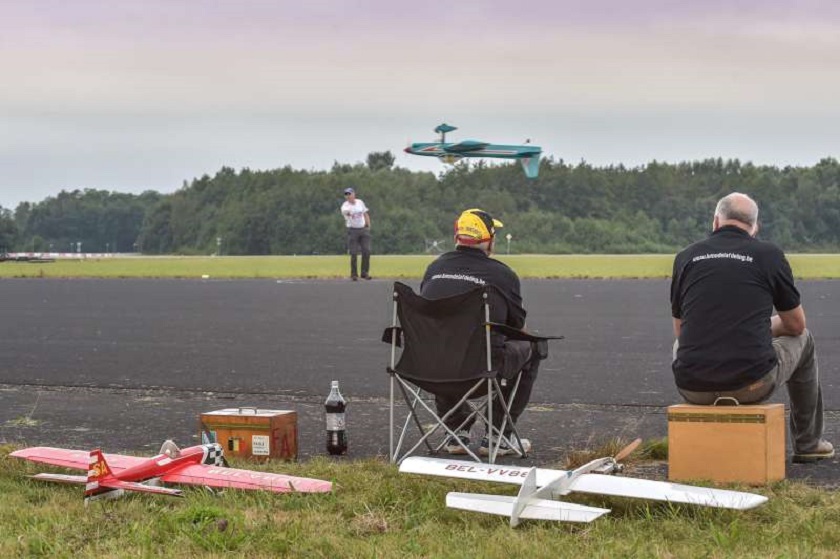