Unfortunately the original project is now lost and I never kept a local copy - I didnt even have the drawing Ron posted - its soul destroying to realise how much time and effort has been lost from the old forum.
I have found a couple of photos of the vero layout but I've not been able to recover anything from Wayback or from my own backups.

So here is an attempt to retrospectively describe the Arduino PPM and PWM tester. Firstly, what is it for?
In a nutshell, it displays all the information contained within a PPM stream.
its ideal for testing new encoders before they're dispatched, ensuring that they generate PPM and that all the channels operate as expected. Its great for checking mixes, measuring servo outputs, setting up channel switches, etc...

It can sense if the input is a single servo signal, say from a receiver channel or a servo tester - and will automagically switch from PPM to PWM mode, displaying the servo pulse width.

I find it very hard to photograph back-lit displays, so I have to turn the white-balance right down,
hence the dark photo. Honestly, its clear as a bell in practise! 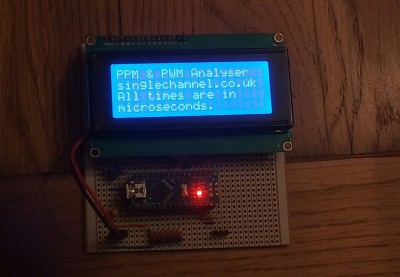 Here it shows a 20ms frame carrying 8 channels, using negative-going pulses of 300uS duration. The first 6 channel values are shown, 1500uS being 'neutral' of course. All values are shown in microseconds:

There is very little to it, just a slab of vero, a 4-line by 20-character LCD display from ebay, a Nano and a few headers. I haven't done a detailed vero layout but its very easy to recreate from this drawing, I've aligned as many connections as poss but there are some cuts and bridges to make. The hardest part is the servo block which is 'against the grain' as you can see in the vero photos. Track cuts have to be made between the servo block holes, or you could use a small vero strip mounted at 90 degrees to the mainboard, carrying the pos & neg to the servo block:

Checking the video I noticed a brainfart, I said 'sync pulse' when of course I meant to say 'sync pause'.

Here's the diagram which is also a suggested layout: 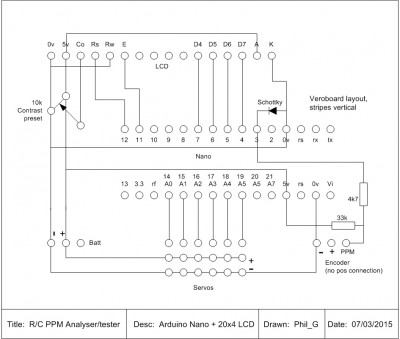 Sketch is here:
It uses the Hasi method to read the PPM with a resolution of 0.5uS.

and here's Ron's S/C transmitter connected to the PPM tester...
...and an explanatory diagram showing how the numbers relate to the PPM stream: 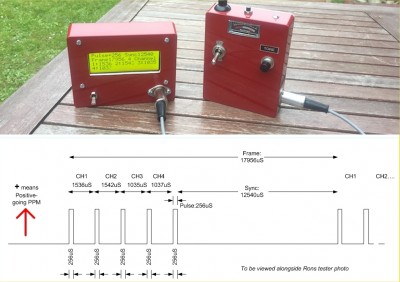 Thats it chaps, works well, accurate, does the job

Here's a photo of my finished tester connected to a tranny.
This is a fantastic project thats very easy to build and super useful.
Thanks Phil 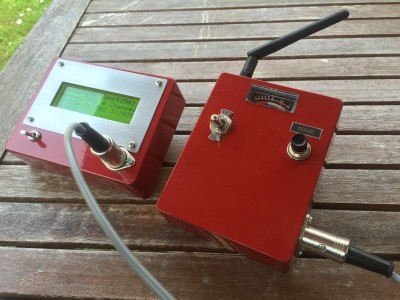 If you would like to contribute a small amount toward the upkeep of this valuable forum then please click the Donations link at the top of the page, just below the mode zero logo. All donations are kept anonymous. Thankyou
Top

This is super cool! I ordered the parts to build one. I'll post back when its done.

Scot, you will not regret building one. 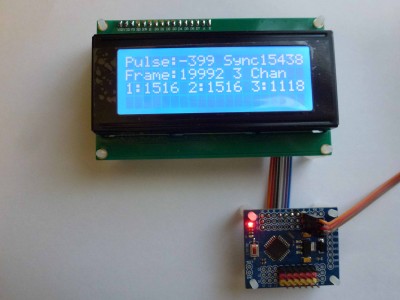 1 1/2 yrs on and it is still unboxed but still used to check my projects. 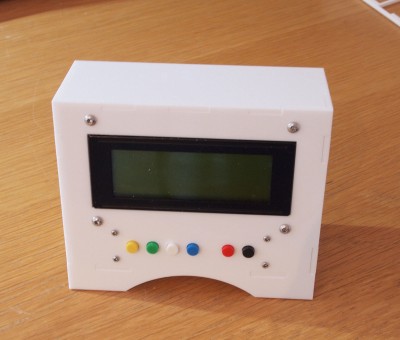 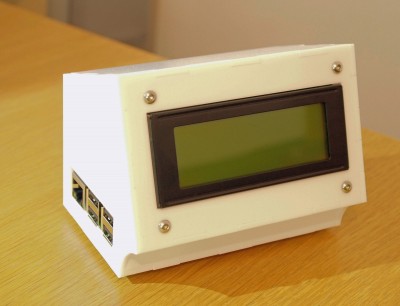 Its great! Can't stop playing with it 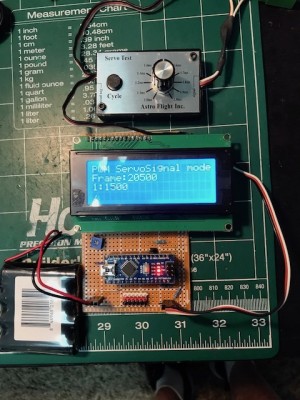 I had sat this aside for a while and then went to use it. I noticed the servos were real jittery. I couldn't figure it out. I tried plugging in an aux battery and inadvertently plugged in a 2S liPo. Oops...

Now no servos. I went back over the schematic and realized I shouldn't have been supplying Module voltage on the PPM input line, which I was. After some trouble shooting, I realized it just popped the traces where the PPM line came in. I repaired it and plugged in the correct power, after disconnecting the +V line at the PPM plug. All seems well. Servos smoothed right up. I also blew some of the lines in the display but I had a spare just for that occasion.

BTW, its an awesome tool! 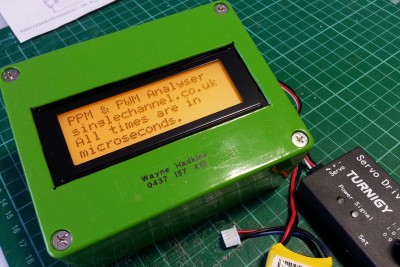 What a great gizmo!! Now that I have mine and have used it "in anger", I wonder why on earth I didn't make it sooner

Thanks Phil, it's a rippa 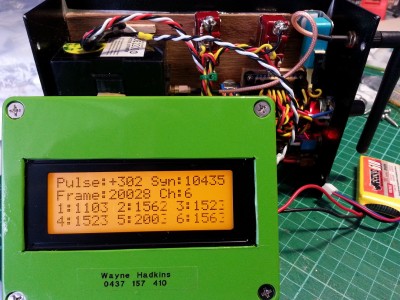 showing the output from my Reed Tx that uses Phil's encoder 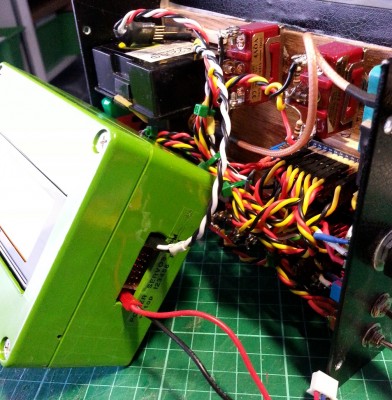 connector block in the side of the box 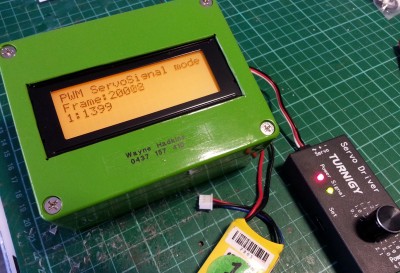 connected to a servo driver

One minor mod I made was to fit a 5v regulator on the power input, just so I can grab any battery at hand & not inadvertently fry anything

Phil_G wrote: ↑
27 Feb 2018, 01:05
Unfortunately the original project is now lost and I never kept a local copy - I didnt even have the drawing Ron posted - its soul destroying to realise how much time and effort has been lost from the old forum.
I have found a couple of photos of the vero layout but I've not been able to recover anything from Wayback or from my own backups...........


BTW, if anyone is interested, I have a PDF version of the original pages as posted on the old forum. I believe all the important bits have been covered in this new thread, but if it's of interest /use I can email them or re-post here.
Cheers,

Here's my build of the analyser. Basically wired it point to point. A real test of my 67 year old eyes! I designed and 3D printed the 110x85x40 case for it. If anyone is interested I can email the .stl file to them. The LCD opening was a bit tight and a few strokes with sandpaper got it in. The servo header opening requires cutting out manually.
I altered Phil's sketch to show the "Americanized" spelling of "analyser" to "analyzer" and to allow the splash screen to be displayed for 2 1/2 seconds. This allows an easier read for me anyhow.

I am contemplating building one, for use with my regular transmitters. One of them is the Multiplex Royal SX 16, so the question is what happens if the number of channels is more than eight?. The SX does deliver a ppm stream, I am not sure that it delivers all 16 channels, but just in case.