I have a venerable RCS Guidance System from the '60s which I want to convert to 2.4Ghz, but I can't work out how to remove the antenna base. There are two self tapping screws that look as though they've been installed from the top i.e. from inside the conical outer part. I'm guessing someone has done this before and can maybe help. Thanks in advance. Some photos attached. 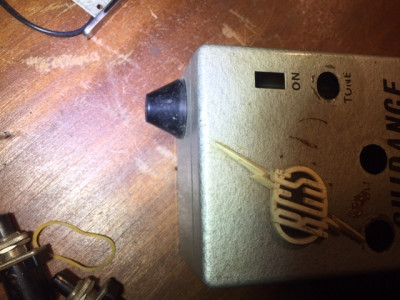 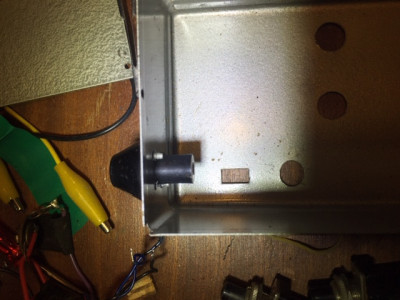 The cone should pop off to reveal the two screws 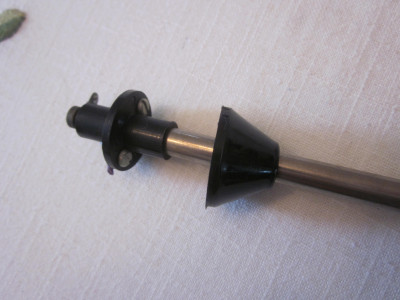 Yep its just a friction fit. Unfortunately on my RCS Digithree there wasnt enough friction, and I lost the cone at Ivinghoe Beacon!
Top

Hmm...... I'm not sure about the sequence of development of the Guidance system....... Mine only has a rubber grommet where the antenna goes through and the antenna has a centre loading.

Can anyone enlighten me as to the sequence if "improvements"?

Thanks everyone, didn't want to damage anything any more than necessary
Top

Yours is one of the earlier ones. The first advert I could find for the RCS Guidance System was RCM&E Dec 1962. It had an aerial just like yours. 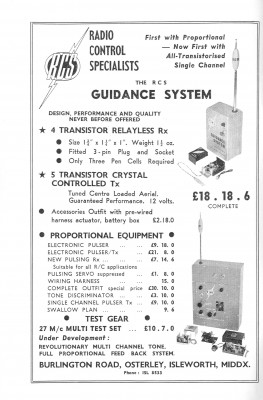 By Feb 1964, some sets were getting the newer screwed aerial base with a shroud, but the Guidance System still had the grommet. 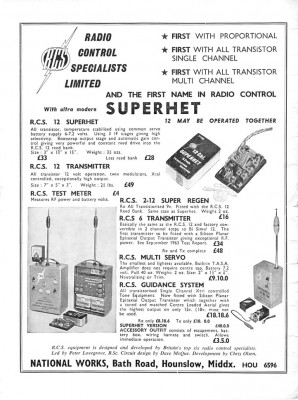 But by 1967 the Guidance had the screwed aerial base and shroud. 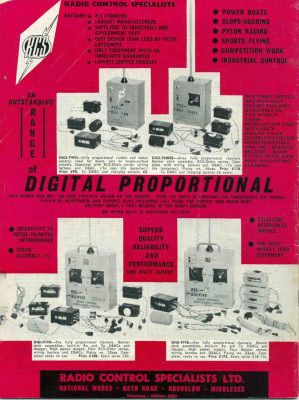 I know there were at least 5 versions of the Guidance System, though some were alterations to the receiver. As yours is converted to 2.4 I can't tell which exact version it is.

Thanks Mike, there was so much room in the case that I left all the original electronics in "for posterity". What should I look for?

What little I know is based on RCM&E adverts, the "commercial developments" section and reviews. They used the "grommet" outlet with centre loaded aerial until 1966, then changed to base loaded aerial and the screw mound and conical shroud. I'm not certain if there were any developments between 62-66, maybe somebody who was flying in the early 60s could help us more! I've attached the first review from RCM&E Dec 62.

Many thanks Mike. Mine has a different button to the one in the review, it is shrouded but not a microswitch so I suppose that dates it somewhere between '62 and '66........