Hi,
I have managed to get a rather rare proportional "OPPS 3-5" that was made here in Sweden back in RC "golden days".
I believe OPPS was the first proportional radio made in our country.
We had other radio control manufacturers also in Sweden like Telepilot, Micronic, Digitron to name some of the others. But OPPS radio was the first proportional in production in our country as far as i know.
The OPPS 4 ch I have now is made in 1964 according to the seller, a 86 year old gentleman that bought it new 1964 from the designer Bo Dryselius here in Sweden. The designer delivered the radio in person to him he said. The designer and he was friends. The designer Bo Dryselius was born June 15 1931 and died November 4 2017.

As with many other designs, some major parts was from other manufacturer, like sticks, servos etc. This OPPS 4 ch have Bonner sticks and it has Multiplex servos. Other servos that could be used at that time was Bonner Digimite servos, F&M servos, MK servos, Orbit servos.

Transmitter is very neat, only 160 x 160 x 60 mm and beautifully blue anodized aluminium case with "3D" letters "OPPS" on the front of TX. TX weight (with Deac 500DKZ NiCd, 9.6 volt) only 950 gram.
Unfortunately the transmitter antenna is missing so I can not test it as it is now on AM 26.590 MHz. But the seller said the radio worked when he retired the radio back in the late 1960s. It has only been one owner of this radio, the old gentlemen that sold the radio to me.

As most proportionals in mid 1960s this OPPS 4 ch was expensive, with 4 servos and NiCad for TX and RX, and charger the price tag was back in the days about 2000 Swedish Krona (SEK) and recalculated to today that is about 20000 SEK = US $2100.
It was an article about OPPS radio in early 1967 in a Swedish Model Magazine and there the deigner described the radio in detail. He wrote that mostly quality components was used in this radio that made it rather expensive.

Some images below of this rather unique radio. I'm sure You guys in UK has never seen an OPPS radio.
I have a Phil Green 7ch encoder board incomming from the master himself I intend to use.
I will use a Jeti Duplex EX internal 2.4 GHz Module. 2 cell Lithium-Ion battery will power the transmitter I think, Jeti receiver will be in use. I will probably add a flip-switch to get 5 ch.
The On-Off switch is not a locked type so I will change that so it is not possible by misstake have the TX flipped to On.
The external condition on TX is great but I will need to have one P letter made in the OPPS name on the TX front. It is some rased and sligtly rounded letters that seems to be crome.

The Bonner sticks are very stiff, even stiffer then Orbit 7-14D Proportional sticks and they are really stiff. I do not understand how they could fly with such hard springs in the Bonner sticks. It seems not possible to replace with lighter tensions spring in the sticks as far as I can see.
Maybe I will change the potentiometers in the Bonner sticks, not sure how much duty time this TX had back in the days.

As most radio control manufacturer the designer of OPPS radios had some top flyers and boat users evaluate the radio a season or two during testing etc phase. I have seen some results from competitions, aerobatics RC-1/F3A and various boat classes, and the competitors that used OPPS placed rather high. Several Swedish Championships with boats was achieved with OPPS radio, for example:
- 1966: 1st and 3rd place in boat Navigation Swe Championship, 2nd place at European Championship boat Navigation.
- 1967: 1st and 3rd place in boat Speed 10 cc engine Swe Championship, 3rd place European Championship boat Speed 10 cc Engine. 1st and 3rd place in boat Navigation Swe Championship.
Some top RC-1/F3A flyer placed high (2nd place) at one national competition also in 1966.
The 86 years old seller said he started to use the OPPS radio in a RC-1(F3A)plane. He did not remember what plane he flew but he said it had a Merco 61 engine with twin glow plugs. He placed 7th in Swedish Championship RC-1(F3A) in 1964. In 1962 he placed 4th (but then he had no OPPS radio). In 1963 he placed 6th In the RC1(F3A) nationals, stil no OPPS. 1967 he was on 2nd place in a national RC-1/F3A competition (named "Dalahasten", Dalahorse), probably still flying with his OPPS radio.
The seller lived alone in his flat and in his living room it was RC models all over the place, almost like a hangar. He still had one F3A type plane, a modern Sebart Wind S 50E, electric. He is still at age 86 very active in RC it seems.

I have been thinking of the OPPS name what it might mean. Maybe this:
O = Orbo (the company the designer formally started later in 1968/69)
P = Pulse
P = Proportional
S = System


OPPS 4ch transmitter, receiver and 4 Multiplex servos that was used back in the days (1964): 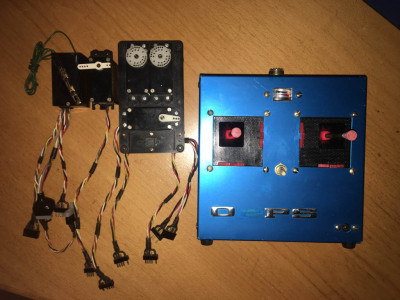 OPPS (in 1969) shown with the short one piece steel antenna: 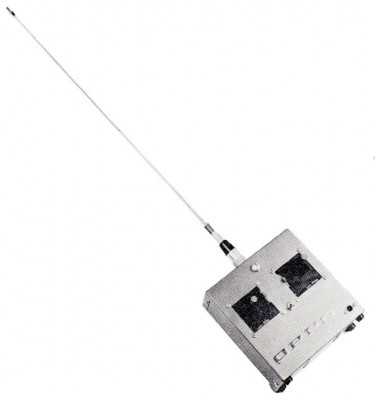 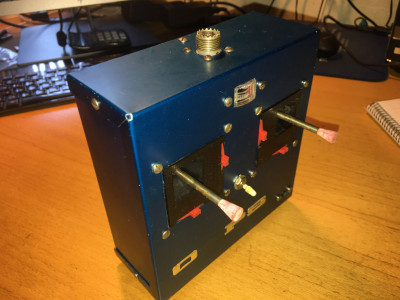 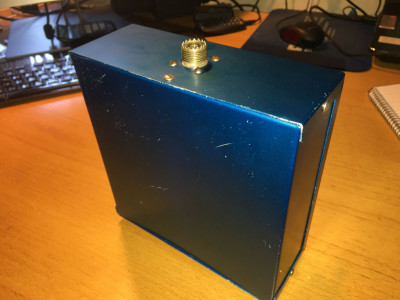 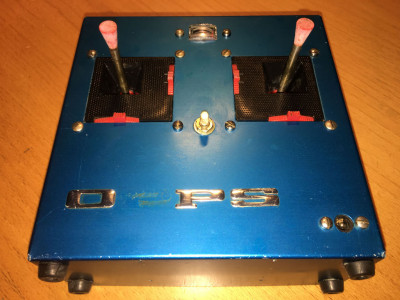 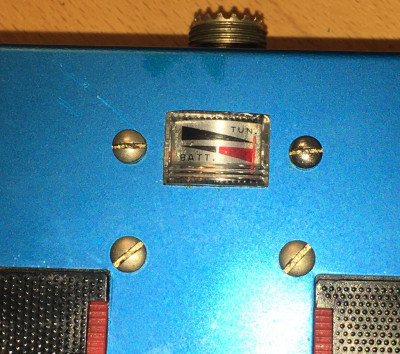 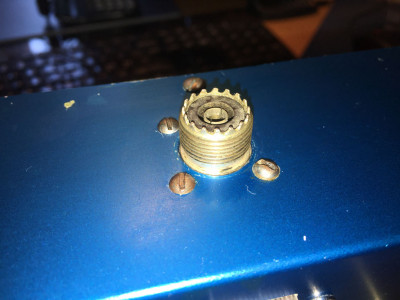 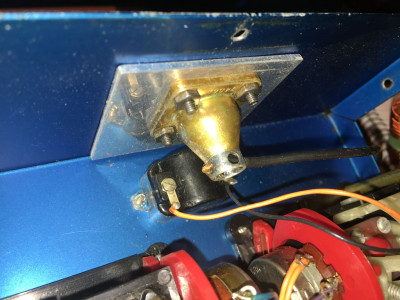 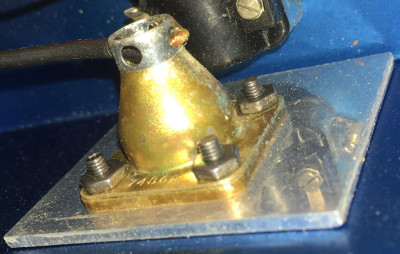 Main board inside TX (marked OPPS 3-5" that is proof of early production, since later it was OPPS 3-6). As far as I know the radio was handmade and assembled by the desiger himself: 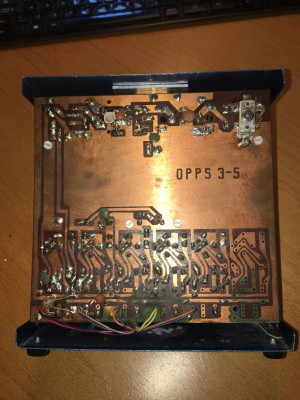 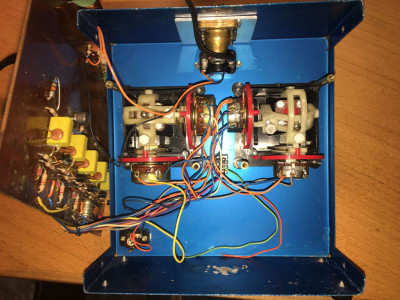 Component side of main board, notice it is already prepared for 5 ch (max): 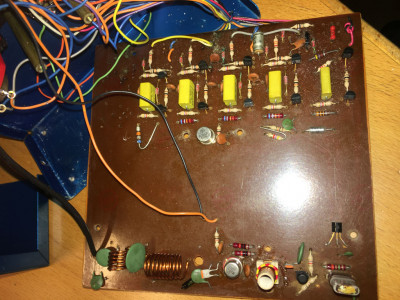 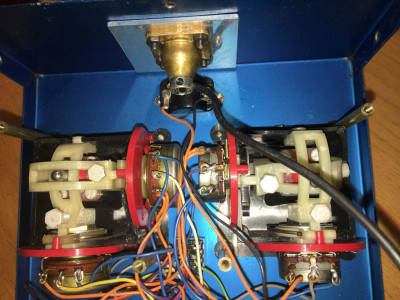 One of the 4 Multiplex servos used in my OPPS radio: 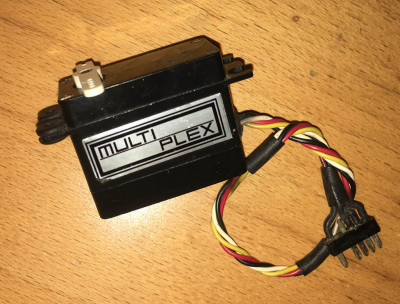 The Multiplex-OPPS 4 ch receiver, it is plastic material, weight about 70 gram: 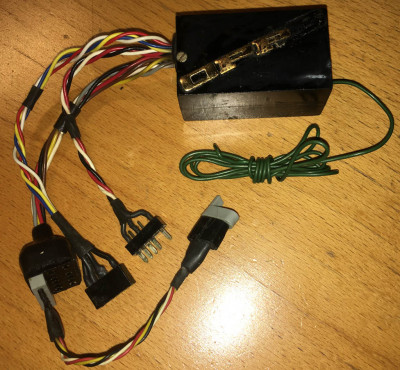 The crystal is accessible from outside receiver: 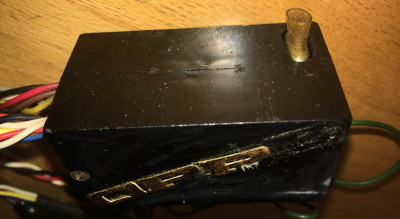 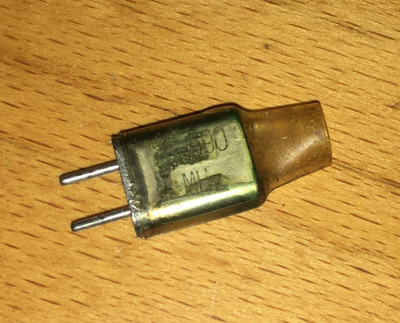 Last a photo of the designer of OPPS radio, Bo Dryselius (civil engineer), assembeling OPPS radios. Photo taken late in December 1968 when the designer started a company "Orbo" that lasted many years in his control, and this company still exist (Orbo was importer of Multiplex radios in Sweden and serviced such radios also for many years, in addition to manufacture of OPPS radios as long as that lasted): 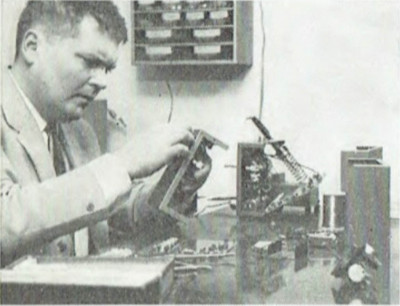 If somebody likes to practice their Swedish look at pages 12-13 about the radio by Bo Dryselius and Mats Ljungberg. He was one year senior than my dad being being born 1931 and passed away 2017 if I remember right as I can't ask dad anymore. I think dad and him used to run boats together in the late 50's together with Wentzel under the year dad lived in Stockholm.

Concerning the Bonner stick the spring is a horse shoe one and can be replaced with one of softer material not hard to make with a little practice however get 3 all the same might be harder. If you change the pots in the stick be careful with the screw that tightens the control arch to the pot shaft as that plastic is often bridle and cracks easily if over tighten.

This is the "vehicle" I intent do use the OPPS radio in. It had originally an OPPS radio.
At least for display purpuse I will have the OPPS radio. If I take it to the sky maybe I will use a modern radio, I will have to think about that.
This helicopter below placed 2nd at the very first helicopter competition in my country, at October 23 1973. The helicopter is a Hegi Bell Huey "Cobra" and it is in same condition today as when the competition was held. It was not assembeled or flown by me back in those days.
Helicopters was so fascinating new hobby then that this helicopter was on front page in one issue of a hobby Magazine in our country, "Allt om hobby" (All about hobby), in 1974 (I had just started flying RC by then). It was also on front cover of "Hobbyboken" (the Hobbybook) same year. The blue OPPS radio can be seen in the owner/pilot hands. 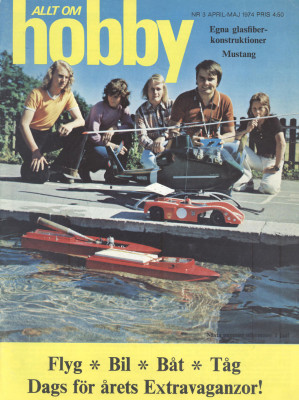 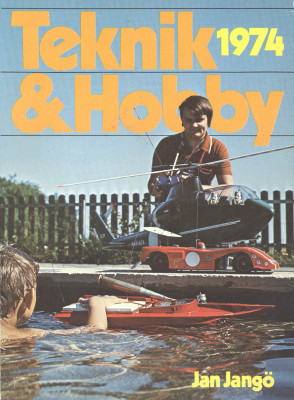 Me with the same Cobra helicopter some winters ago at my backyard: 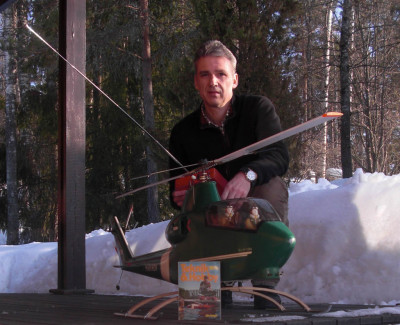 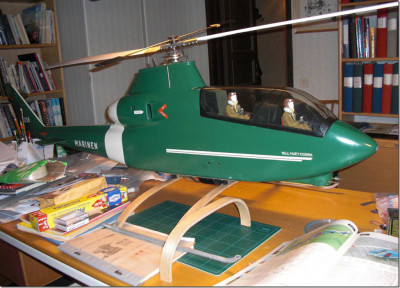 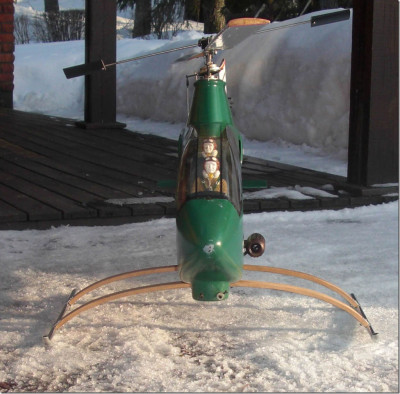 Tobe,
I had mail contact with OPPS designer Bo Dryselius in 2010 when I had scanned the Orbo Catalog 1969 (his very first catalog) and wanted to publish it on internet as "nostalgia" on our club homepage, among other old catalogs. I got permission from him to do so and the catalog is still today avaliable online, at two places, at our club and the more widespread Trelleborgs Modelflying Club homepage, section "Antikrundan" (Anticues roadshow).