If some of you are in urgent need of a GG recoder like for a Ponte project, I have a few of my own available both in a more conventional version and one more "advance" that can run 2 HR1 ( high rate GG) with variable rates on an AUX channel.
PM me if you need any help.
If you are for a DIY see under Quickie-Ghost with a couple of options.
viewtopic.php?f=86&t=1102 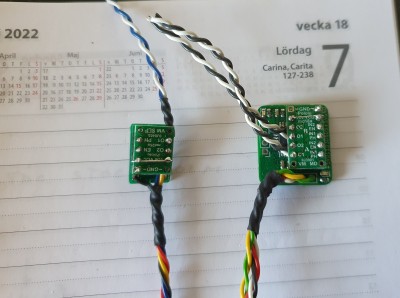 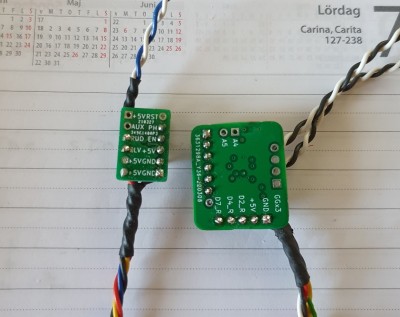 Not a timer conflict of some kind..?
Top

I don't see how it can be a software issue when the same code compiled and uploaded by the same PC is running perfectly on one of the pulser boards, using the same test radio, power supply, and motor.

My problem is that I've now checked and/or swapped all the suspect hardware components on the faulty units and not fixed them yet. I could still try swapping the ATtiny chips on the faulty boards. Difficult to see how that could help, given that they are communicating fine with USBasp, and running the speed calibration program - but they are the only remaining components that I've not already changed.

Following Martin's extensive bug-searching report above, I connected my (suspect driver failed) ATtiny85 pulser to Rx outputs again to see if grounding the RST pin did anything. Before powering up, I removed the heatshrink then turned on Tx then Rx (Orange Tx module, Spectrum Rx). Before even touching RST, the board sprang into life and it GG waggled as it should with no hint of one-way drive failure. RST was grounded a couple of times and, when released, normal operation immediately resumed. AUX control from Rx channel was exercised over 0% to 100% with no hangups (so far).

Tried a good 15 minutes driving with the gearbox actuator motor loaded up considerably. The motor itself showed a distinct temperature rise but none could be detected on the driver chip. Throughout this test, the GG functions remained correct. It's a mystery - Is anyone confused yet ??

I'll leave it to soak with power on for some time and see if adjacent wifi or mobile phones have any influence. Will report any observations idc.
Spike S
(Tune for maximum smoke)
Top

How quickly does +5V rise? I had problems with some ATtiny45 (basically the same) when I used a bench power supply where the 5V has a slow rise time. It was OK programming with the USBASP because that reset the ATtiny every time it uploaded a program. All it needed was to enable the BOD in the fuses, it is disabled by default in most ATtiny boards, such as by "David A Mellis". I don't know which board you are using? If you use Spense Konde ATTinyCore, you can enable the BOD, as well as the Clock source, if link-time optimisation is enabled, which timer is used for millis() (if at all) etc. It's worth a try as it won't cost you anything

The other thing you could try to see if it's a reset problem is to connect a 10K pull-up and 100nF cap to ground onto the reset pin PB5 and manually reset it to see if it starts - it seems to work for Spike S.

It has to be notice that GG actuator with its rapid change of rotation creates issues due of the magnetic fields in the driving motor, please see Eddy Current on Wikipedia.
In the early recoders this showed up as "glitches" if power came from a power supply but not from a battery due of current spikes...
Top
Post Reply
16 posts