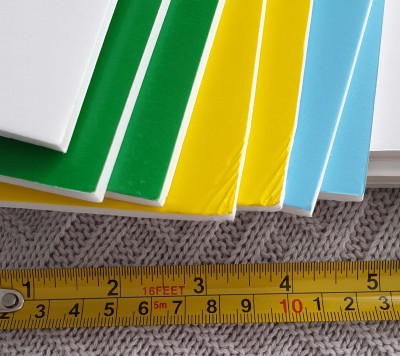 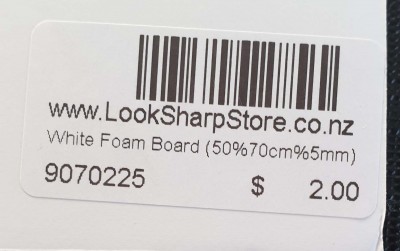 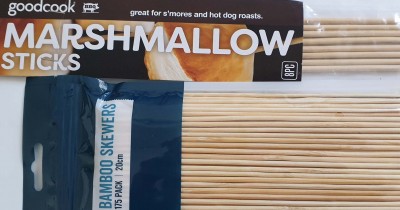 not your average "structural" building materials!

Before progressing too far with the Half Tone build, I thought it prudent to knock up something cheap 'n cheerful to test out the materials and hot glue I was intending to use on the Half Tone

To keep it As Simple As possible and to a maximum of 2 sheets of foam, a "flat plate" - i.e. no aerofoil - flying wing was the identified quick solution. It was drawn directly onto the foam board, cut up & is currently being stuck together. Localised reinforcement was added using bamboo marshmallow skewers for the mainspar and for leading edge protection.

First "challenge" identified - the LE was too greater length to enable the hot glue to be added then the bamboo LE fitted and then the whole lot held down while the glue cooled. To salvage the first attempt, I placed the wing half onto a piece of grease-proof baking paper, all held down onto a steel shelf with strong magnets.

I then used a hair dryer to re-soften the hot glue in roughly 200-250mm sections, then folded the baking paper back over the bamboo and pulled it all as tight as I could - it all actually worked better than I expected

. On the other wing half, I used PVA wood glue (also from the same craft shop) to attach the LE - again, I wrapped the baking paper around the LE, pulled the baking paper tight and held it together with the magnets while the PVA dried. Slower, but a better structural and aesthetic outcome.

magnets holding the assembly to the steel "building board"

Thinner bamboo skewers were for the tip fin LE's.

3mm bamboo skewers attached to the Fin leading edge with hot glue. Red line is where the coloured tape will stop (board thickness + a 5mm fillet) 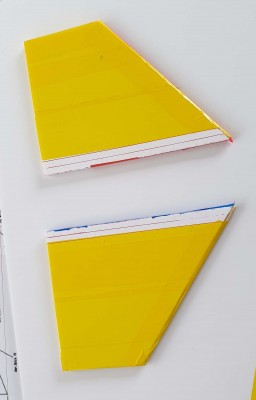 the yellow on the outside is to improve the lateral contrast 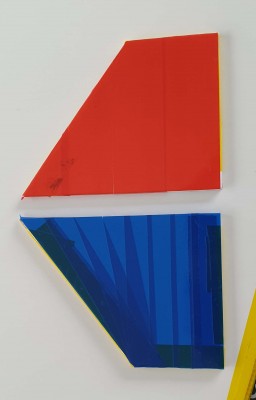 red tip goes on the left and blue is the right tip. Unfortunately, I only have 2" wide red tape and 1" wide blue tape 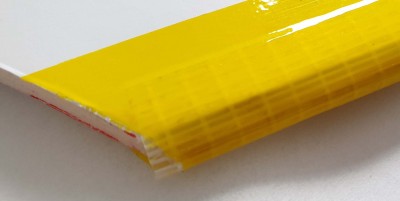 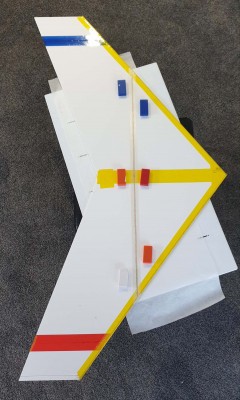 More red, blue and yellow tape will be added.