Often forgot about but boats are a great way for the youngsters to get into radio control or even the oldies!
Post Reply
10 posts • Page 1 of 1

Started this build some 15 years ago and getting close to finish now.
Model is approx. 1/5 scale built from GL3 aircraft grade plywood with the interior having inbuilt flotation chambers and timber internally sealed with glass and epoxy.

Engine built up from a casting given to me by a mate of mine George Punter. I think it was to see how I'd go with a bit of a challenge seeing I managed the first engine build in the Neptune ok.
There were no drawings, just had to make my own as I went. Most started as a scribble with pencil and paper and later transferred to Desktop Pro cad. Sadly all files were lost in the 2013 flood here.

Engine is 25cc four stroke running on methanol/castor mix with glow ignition. Single updraught carbie, had 4 initially but just too hard to tune. Also had a magnetic drive water pump with the intention of on-board heat exchanger but the need to know the cooling was actually operating while in the boat was not really practical so opted out for the usual ' pumped up by the prop" arrangement.

Tacho is operational, being a 0-5V signal derived from the flywheel pulse. Originally this was a frequency to voltage converter driving a series of LED's arranged in a circle on the dash but I later changed to the present servo driven gauge. Still uses the original converter but now, with a very simple picaxe code and some mapping and gearing, voila. Steering wheel also turns as the rudder turns.

Presently looking at perhaps using a telemetry receiver to send back the fuel level. Already has the probes fitted to the tank so may be fairly easy to get this addition. Trailer is made from scrap stainless tubing I found at the local scrap metal merchant for $5.00 ( bargain) and wheels and tyres come from rc stuff on Ebay.

Told my mate we are almost at the testing stage for the boat, he said "what about getting it back from the middle of the lake?" So presently knocking up a basic pusher boat ( Springer Tug)

Video ( not very good quality) of the engine running here....... 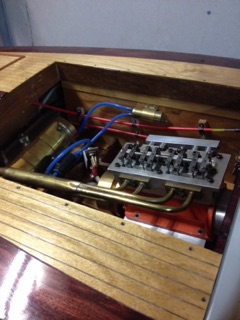 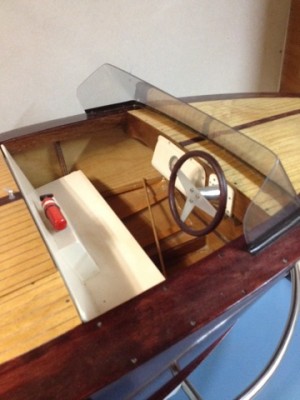 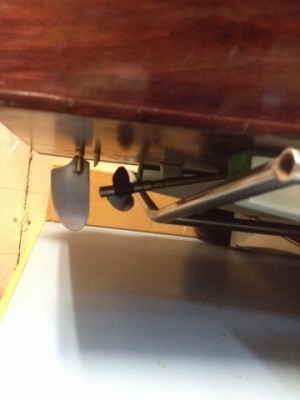 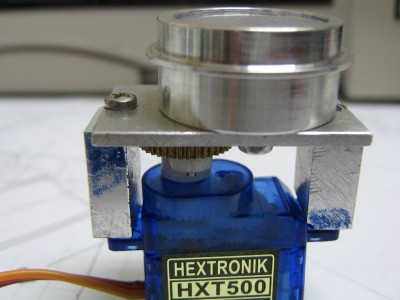 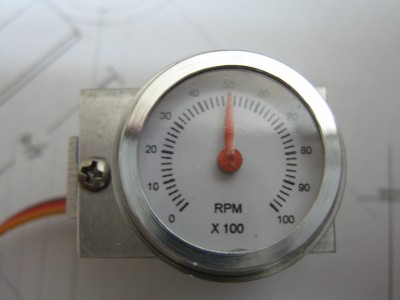 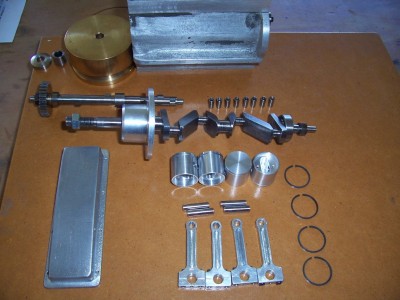 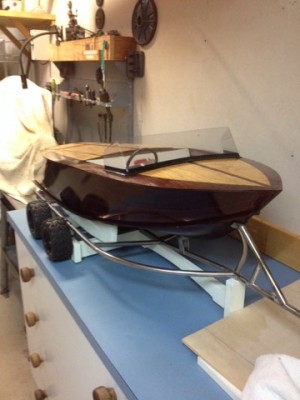 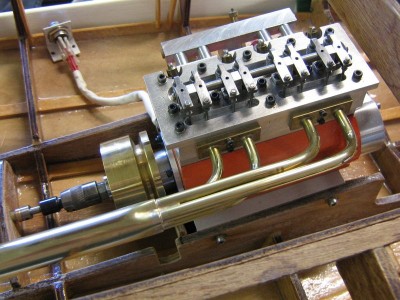 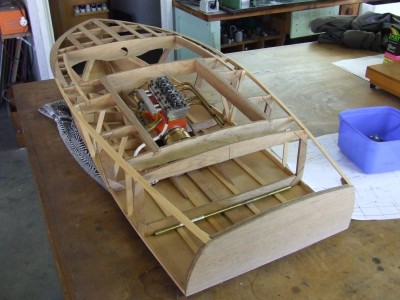 'Fantastic job, well done! The motor is an incredible achievement and I just love the tacho

. The boat too is a great project...... Please post a video of it performing on the water in the fullness of time.

What's the lubrication for the bottom end? Is it a wet sump or does it just rely on what oil manages to leak past the piston rings? If it's the latter do you have any special after-run procedure to flush the residues away?
Top

Thanks for the replies.

Martin, Yes, it is as you say, oil past the rings with a breather on the front cam gear cover to allow oil fumes to lubricate that area when running. It appears this is satisfactory from an initial tear-down after the first couple of runs. It does not need all that much as the "vapour" seems enough.

Cleaning out of the interior normally not really a requirement as far as "gunk" goes as the bottom sump is well down from the mechanics however I do back-feed a cleaner ( usually kero followed by some light machine oil) through the breather and drain out through a sump plug in the lower rear section of the sump.

The exception to not requiring cleaning I quickly found after a short run with nitro content fuel. Removal of the sump revealed the acid formed by the burning fuel is not kind at all to 4140 crankshaft steel.

O.k now with plain 4:1 methanol/castor(castrol_M) though as it was just an experiment at the time with differing fuels.

New V8 in the pattern stage will have spark ign with pump fuel and oil pump through the crank arrangement. Boat for that not decided yet.
Top

Anyone who has been through a flood will know it is a right pain in the ass even years down the road, in this case 8 years on the 26th.

Still looking for gear I could have sworn was still here but noooo..... after a 4 hour search the other day, gave up on finding the 4 plug glow driver I had made for the 4 cylinder in the photos above.
So a quick search and an ATtiny85 version from Joao over at OpenRc Forums popped up. A few mods to suit what I have here and after a bit of tinkering, I had one up and running, all-be-it on veroboard.
Extra solder and parallel tracks for the power bus but other than that all went well.
Still to test on a plug yet, currently using a 12v festoon bulb as a load.
Ask me how I know not to use a good glow plug first up.......

Did some work for the on-board camera and omnibus controller in the last week also but a lot more to do there yet.
Not really on lock down up here in Qld but good excuse to stay in the shed. 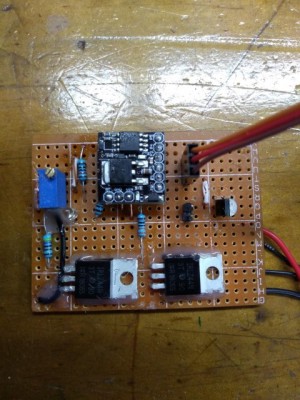 Dragged out the tacho boards which were damaged in the flood of 2013.

Reconnected some of the wiring and gave each board a test and a protective spray of pcb lacquer.
Wiring is yet to be tied into a loom and secured so I don't end up with any broken during use.

Original setup was just the LM2917 frequency to voltage converter driving a circle of LEDs on the dash.

Changed this to the present servo arrangement driven by an 08M picaxe and added a "generator light".

Love the attention to detail Jeff ! As an alternative to gearing up, heres an idea:

Mate of mine George Punter always says it's all the little things and detail that keep people's interest.
I think it was passed on to him from Cherry Hill in the UK, both of whom are Duke of Edinburgh award winners.

Alway open for new ideas and must admit that dual servo arrangement never crossed my mind.
Rather limited space behind the dash of the boat, but will certainly keep that one in mind in the future.

Calibrated the meter yesterday but now have a self emposed boot up the kyber.
Set it for one magnet on the hall effect whereas flywheel has 2 (for balance)....."DOH!!!"
Back to the settings today.......

New (more to scale) windscreen and the on-board cameras (2) with the large heatsink mod transmitter. 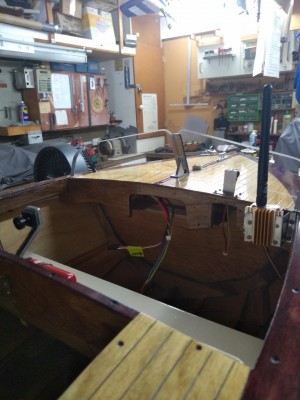 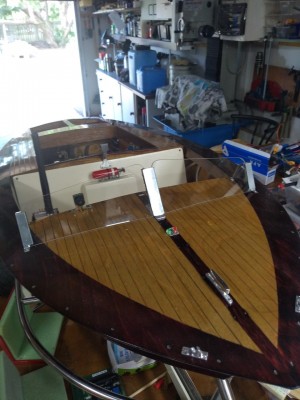