Not sure if this belongs in Single Channel or Boats?
Late last year I purchased a box of old radios primarily to get the single channel radio gear, also in the box was a Graupner Kinematic and Marx Richard gear motor. These were in good working order and looked like they were never unused. Far too fascinating to leave in a drawer or collecting dust on a shelf so I made up a demo board. I hope to use it for show n tell should we ever be able to have our face to face model club meetings again. 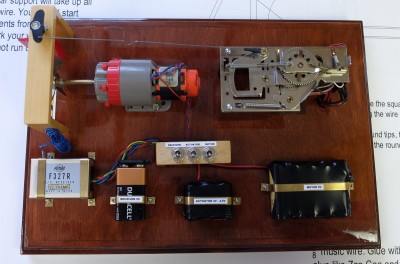 The Futaba F327R was part of the purchased equipment. It has a relay output which is perfect for switching the 6V power supply to the Marx Richard motor. This receiver requires a 9V power supply. 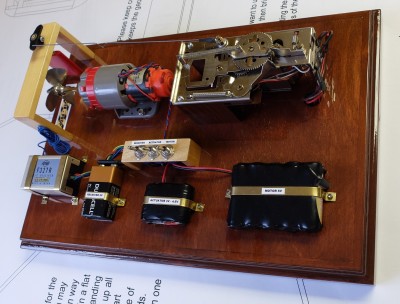 Three toggle switches are used. Each opens or closes the + lead from each of the three battery packs. 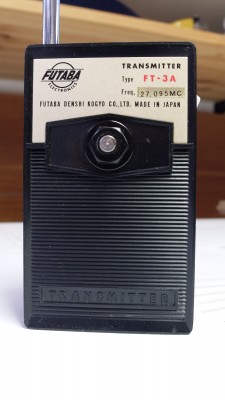 The Futaba FT-3A transmitter actuates the demo. I could have used a single push button instead
but the transmitter makes it more interesting

I also made up a single page description to go along with the demo board which is attached.
Also attached is the terminal description for the Kinematic / Aristo-Matic Actuator.

This is great MJF

Any chance of a demo video ? I have Kinematic but not sure it works as it should . The actions are a bit vague
Jonathan
Reconstituted boy
Top

I do not have the know how to produce a video and post it. However back when I got this equipment, Shaun sent me a you tube link to one he had made up on a demo board. It works well.


The unit I have was new old stock. I used light "Air Tool Oil" (because that it was I had), to lube all of the various pins a bushings. That helped. I also found that the level of charge on the battery voltage made a difference on the unit stopping in the correct place to allow for turns. If fully charged it sometimes over runs a position and keeps spinning causing the rudder to flop side to side instead of holding position. This can be improved on by VERY carefully bending the stop tab inwards a very small amount.

I would say that if yours moves and the actions are vague it is working!!!
Not the sort of device you would depend on to navigate a bay full of ship mines.

Hi Shaun, any chance of a 3d printed version of this sequencial boat single channel device? It is really good!
Top

Hi Phil,
I just knocked it up from bits of wood and the Kinematic. Far simpler and quicker than 3D printing.