Forgot that I had so many F/F models stashed away

Forgot that I had so many F/F models stashed away

Similar to the rediscovered C/L stash - viewtopic.php?f=31&t=1182&p=9955#p9955 - in storage, there was also an assorted gaggle of FF models once again unearthed. Now, I don't claim for a second to be a serious FF builder or flyer - these days I'm more a chuck it and "casually chase(?)" it i.e. I'm now more a stroll kind of guy

. However, I do like to "dabble" & on a balmy evening, very little compares to watching a rubber model that I've built & trimmed, serenely do it's thing

I don't think I've laughed as much as when attempting to compete in a F/F night scramble event at the Aussie Nat's.

Anyway, here's some of the models I found: 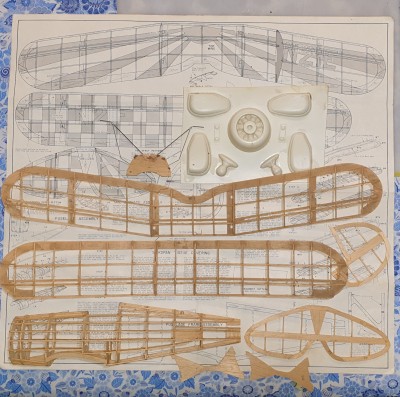 Sterling kit for Hal Krier's Great Lakes. I plan to cover it with lightweight laminating film then red & white tissue in the scale colour scheme

The transfer set from the Great Lakes kit 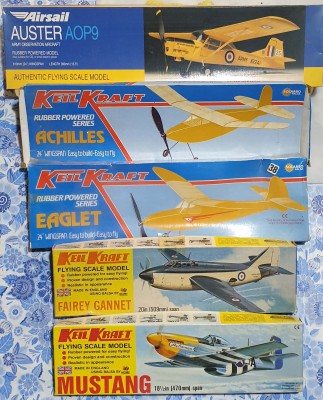 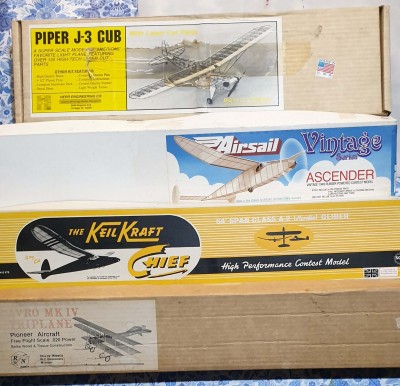 Re: Forgot that I had so many F/F models stashed away

Build the triplane.. I have always liked planes from the Magnificent Men in their Flying Machines era.