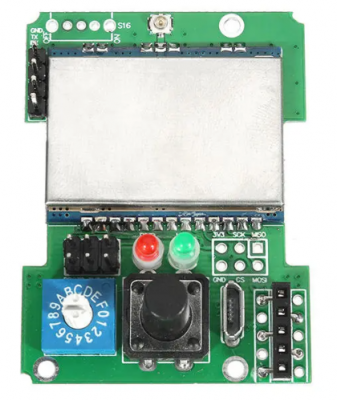 I stumbled into this whilst looking for a viable replacement for the favorite FRSKY V8HT DIY module.

Got one en route to me, will report back on it goes.

Has anyone tried it? 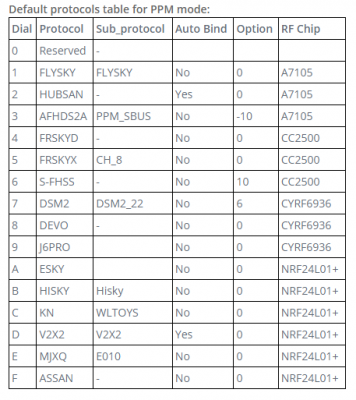 I've used a few and got mixed feelings about them and quite a few other members on the forum tried them last year as at the time there were no good alternatives, but I think most have stopped using them because of the issues. They have their good and bad points, but in my opinion, for our application, the bad outweighs the good especially as there are some very good alternatives now available.

Starting with the good points So what is wrong with them for our application? Most of this has been covered in previous posts, try having a look through here:
viewtopic.php?f=62&t=881&hilit=Jumper

If you have trouble getting it working with a FrSky V8 Rx, I did a pdf of how to tune them in a converted transmitter, but if you have an OpenTx transmitter, it's so much easier, I bought a cheap Jumper T16 just for that job.

Thanks for your valuable input, it does sound like it's not up to the job.

Banggood didn't ship my order as the item was in backorder, I have cancelled the order.

I have used the 4-in-1 versions with the rotary switch. The main pain in the arse is downloading all the updated files from the github site Pascal has created. Most of the information on that site is dedicated to the serial versions that are for Taranis .FrSky type transmitters. For PPM it is a bit vague as most guys do not use these modules for conversions of older 72 MHz and earlier transmitters. In addition, although these modules do cover a huge amount of different protocols and allow you to do almost everything other than Futab FASST, they are more expensive and bulky that the Lemon RC DSMP DIY modules.

I can only fit these plug-in modules in certain transmitter cases, and in most instances, it requires they be removed from their plastic case. The instructions, as mentioned, are often horrible translations and therefore cryptic as they use odd terminology.
I still have three of these, brand new, that I programmed and updated, but have not used them since the Lemon DSMP DIY modules became available.