I'd been looking for a miniature keyboard and learned of Giancarlo Todone's Xbox 360 Chatpad mod from thirteen years ago, which replaces the internal PIC16F833 firmware of the Chatpad, turning it into a straightforward serial ASCII device. This was exactly what I needed and I spent a long time trawling dead links, removed content, no-longer-in-service servers, and along the way found a few lost enthusiasts in the same situation. Thirteen years is a long time and some really good stuff often fades from existence as websites, ISPs and interest comes and goes. You assume that everything on the internet is forever but in fact old projects can completely disappear and tracing them can be a trudge.
Eventually I did find Giancarlo's Chatpad hex file, but equally difficult was finding a non-potted Chatpad, ie one with an accessible PIC16F833 which I eventually found on my third ebay purchase. Not sure what to do with the two unsuitable ones 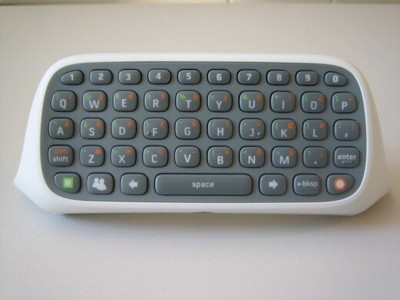 The ideal Chatpad for this mod appears to be from 2007, so its pot luck when buying used. The replacement firmware is hard-coded to 4800 baud, and for my NIBL board I needed 1200 baud, so set about disassembling and manually patching the hexfile and manually recalculating the new checksums, which was uploaded using a cheap Pickit3 clone. The result is a working 1200 baud version of the code [edit: also 9600, see below]. I removed the protruding earphone jack and the multi-connector so the board lays nice and flat. Note that I pick up the transmit line (yellow) from a pad labelled 'TP2'. Receive is not used. 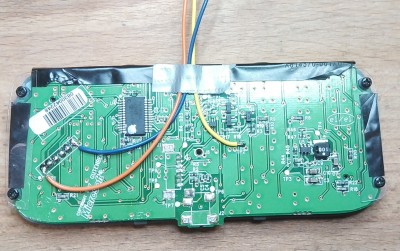 Another edit: I've since bought another Chatpad, as I said its pot luck which version you get, and you dont know until its been completely dismantled. Luckily this was the PIC version so I now have a spare which is always good when tinkering, with the ever-present risk of blowing something irreplaceable up

Further edit, March 2021: Attached is a 9600 baud version of the patched firmware, I'm using this in a mini VT100 terminal with my CP/M and SWTPC6800 computers, the Chatpad keyboard matches the 4" TV screen nicely! This is very handy as a portable terminal for testing and general tinkering,with internal battery power so fewer wires. This 9600bd version doesnt have 'shift' reversed so its normally lower case and upper case with the shift key. I'll do an inverted shift 9600 version if/when necessary. 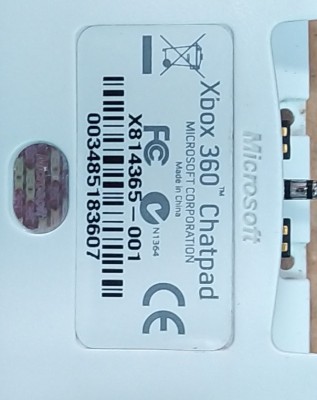 If anyone makes use of these, do speak up please

as we're always interested to hear about your projects.